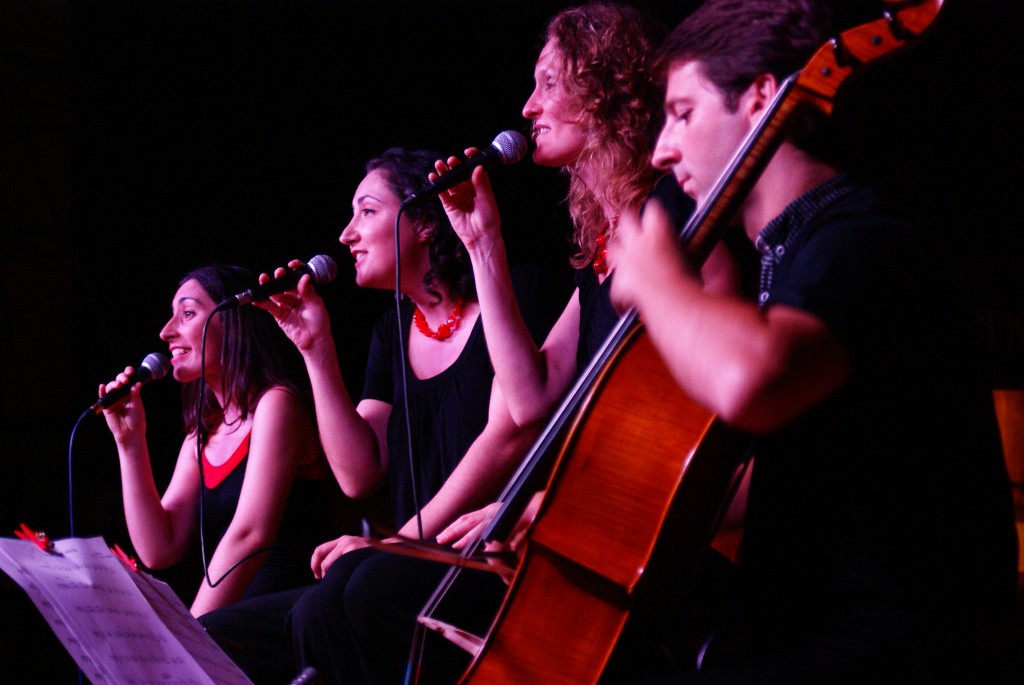 Víove is the combination of 3 female voices and 2 cellos. Their repertoire consists of original arrangements of world and gospel music.

Víove’s members have specialised in a variety of disciplines such as classical music, jazz and modern music, musical theatre and traditional music. Their arrangements reflect all this knowledge, creating therefore a repertoire full of different sonorities, harmonies and rhythms suited for all audiences.

The group was founded in 2004 under the name Airsoul and consisted originally of four female a cappella voices. In 2009 they decided to change course by adding two cellos, hereby starting to experiment with the different sonorities this combination could create. The result is this new, original, trailblazing ensemble. That is why in November 2010 they decided to change their name to Víove.

Víove‘s concept is to gather traditional repertoire of different cultures – as well as songs which are not necessarily traditional, but have been so entrenched in our culture that they will eventually be regarded as such. Through original arrangements of these songs Víove creates its own, characteristic sound.